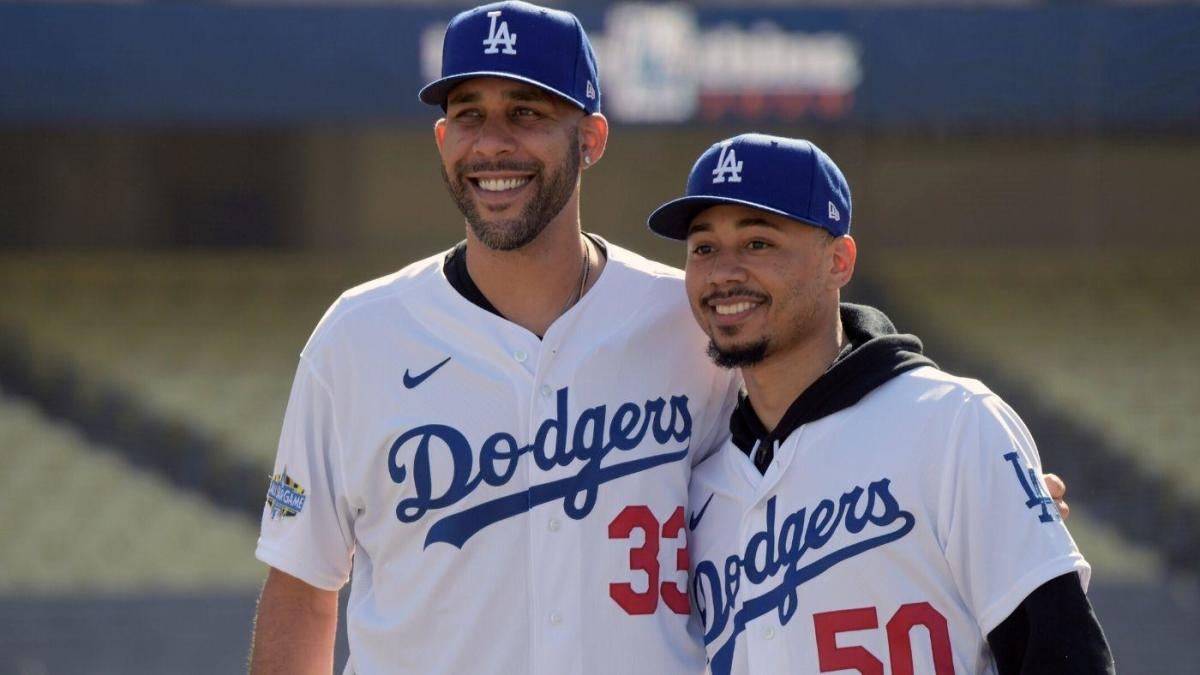 Days after the Dodgers and Red Sox completed a blockbuster trade that landed star outfielder Mookie Betts and veteran lefty David Price in Los Angeles, the two newest Dodgers were introduced to the press at Dodger Stadium on Wednesday afternoon. The addition of Betts gives the Dodgers another MVP-caliber performer on the roster. Betts, with his broad base of skills, upgrades the Dodgers’ lineup, defense, and baserunning. This of course is a team that’s won seven straight NL West titles and last season notched a franchise-record 106 wins.

The Dodgers, however, haven’t won the World Series since 1988, and any 2020 outcome that doesn’t involve a hoisting of the trophy will be considered a failure. That was the case even before adding Betts to the lineup and the still useful Price to the rotation. Now that the Dodgers have made one of the biggest splashes of the offseason, though, the pressure to win it all is intensified.

Betts was of course asked about that on Thursday. “I’d like to celebrate here again in a Dodgers jersey,” he said.

That’s a reference to the 2018 World Series, when Betts and Price as members of the Red Sox celebrated winning the belt and the title at Dodger Stadium following a 5-1 Game 5 triumph over L.A. File this under “what do you expect him to say,” but Betts is no doubt fully aware that the Dodgers are squarely in “championship or bust” mode.

Speaking of “championship or bust,” the Dodgers acquired Betts knowing he’s eligible for free agency next offseason. The Red Sox traded him in large measure because of that (in tandem with their desire to get under the competitive balance tax threshold and cut payroll), and it’s going to be a pressing issue throughout the 2020 season. Will the Dodgers make a good-faith effort to sign Betts to an extension? If they do — i.e., if they offer him at least $350 million — then will Betts consider re-upping rather than hitting the market?

To hear Betts tell it, that’s not a concern. “Right now, I just got here. … I’m not even thinking about that,” Betts said. “I’m just focused on 2020 and going from there.”

That’s neither surprising nor illuminating, but at the very least Betts didn’t immediately reject the idea of talking contract extension. Players, however, often shut down such talks once the given regular season begins, so there’s perhaps a limited window for the Dodgers.

On the other side of things, the Betts-Price trade was heavily unpopular among Boston fans and was panned by a number of reporters and analysts. That’s with good reason, as the Red Sox have a playoff-worthy core intact. Now, though, that core has been heavily diminished in name of reduced costs for a club with vast revenues. Betts was a Sox lifer and is without exaggeration the greatest homegrown Boston position player since Carl Yastrzemski. “Boston was a great chapter in my life,” Betts said.

Price had a much more tumultuous run in Boston, as he struggled under the perception that he hadn’t lived up to his $217 million contract and clashed with media on occasion. That said, Price struck the right notes on Wednesday. “We won a lot of games,” he said of his four-year Red Sox tenure. “We won three division titles and won a World Series in 2018. For myself, 2018 was very special there at the end. Those are very, very good memories for sure.”

On other fronts, Price with the Dodgers will wear No. 33 to honor right-hander James Shields, whom Price credits with helping him early in his career. Betts has requested his No. 50, which he’s worn for his entire MLB career.

The Dodgers open Cactus League play on Feb. 22 against the Giants, and that may provide us with our first glimpse of Betts and/or Price in action with their new team.

The Atlanta Hawks and the Orlando Magic are set to square off in a Southeast Division matchup at 7 p.m. ET on Monday...

John Beilein expected to be out as Cavaliers coach with decision...

That’s Pretty Interesting: Where do Damian Lillard and the middling Trail...