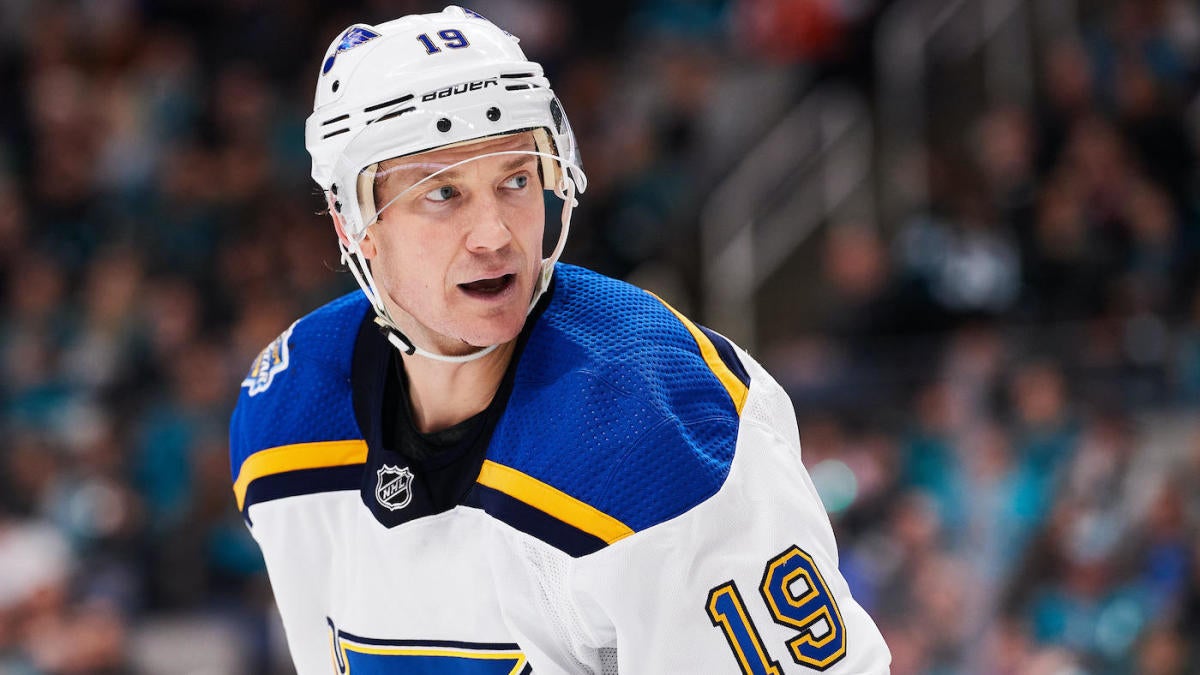 Tuesday night’s Blues-Ducks game in Anaheim was postponed following a scary incident in the first period. After completing a long shift, Blues defenseman Jay Bouwmeester collapsed on the St. Louis bench after reportedly suffering a “cardiac episode” during a TV timeout. New information from a team executive reveals that the incident was a bit worse than originally speculated.

General manager Doug Armstrong told reporters on Wednesday that Bouwmeeseter required a defibrillator to revive him after his collapse. The good news is that the defenseman is feeling a lot better, according to Armstrong.

Blues teammates were seen frantically calling for help and eventually the bench area was evacuated as medical staff tended to Bouwmeester. The 36-year-old was eventually taken out on a stretcher to a waiting ambulance. Reports in the arena said Bouwmeester was awake and alert before being transported to a nearby hospital for further evaluation.

Early Wednesday morning, the Blues offered an update on Bouwmeester’s status, saying he suffered a “cardiac episode” and was in stable condition.

“With 7:50 remaining in the first period of our game tonight, Jay Bouwmeester suffered a cardiac episode and collapsed on our bench after completing his shift,” said Blues GM Doug Armstrong. “Thankfully, with the quick response of our medical trainers, Anaheim medical trainers and their team physicians, they were able to stabilize Jay. He was alert and moving all of his extremities as he was transported to UC Irvine Medical Center. Currently, Jay is conscious and alert as he undergoes further testing by Anaheim’s physicians. We will update Jay’s condition on Wednesday morning.”

Blues captain Alex Pietrangelo revealed Wednesday that he and several teammates visited Bouwmeester in the hospital on Tuesday night.

As the incident unfolded, players and coaches were visibly shaken up while the atmosphere in the arena was extremely tense and still. Even after Bouwmeester was taken away from the rink, the emotions and unease lingered. Ultimately, the Blues and Ducks elected to postpone the game.

A make-up date will be scheduled later.

With the physical nature of the sport, we’ve seen plenty of scary medical situations around NHL arenas over the years, but witnessing a player collapse on the bench during a break in play is one of the more unsettling incidents in recent years.

Former Dallas Stars forward Rich Peverley was involved in a similar incident in 2014. He collapsed on the Stars’ bench in what was described as a “cardiac event.” It was revealed later that Peverley’s cardiac episode left him unconsciousness for approximately two minutes before defibrillator was used to regain consciousness.

In attendance at Tuesday’s game in Anaheim was Bouwmeester’s father, as it was part of the team’s annual dad’s trip.

NBA teams looking to bolster their frontcourt before the Feb. 6 trade deadline are in luck, as a talented center may now be...